Now, this isn't 'the church', but the church that is opposite Chow Yun-Fat's apartment in Sai Wan, on the corner of High Street and Western Street. There's a shot in the film which looks up at the apartment, from the church steps, and it has since been replaced by a high-rise block. 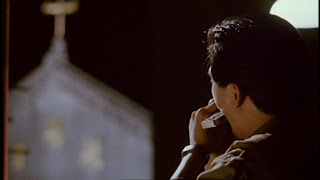 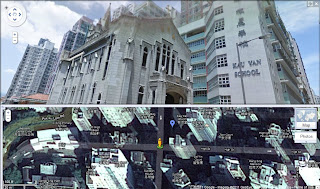 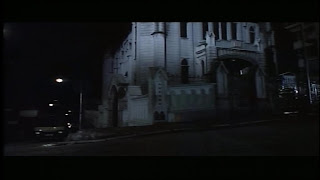 This shot is taken from a deleted scene, where Danny Lee arrives outside the apartment, just after the gun battle.
Posted by Daniel Thomas at 1:27 pm

Email ThisBlogThis!Share to TwitterShare to FacebookShare to Pinterest
Labels: High Street, John Woo, Sai Wan, The Killer, Western Street
Newer Post Older Post Home
Each spot is tagged by film, director, district and street(s). There's also an A-Z of films and a tag cloud below, as well as a place-mark for each location on a Google Map.