The Jackie Chan ambulance chase / fight, takes place on Lung Wui Road. This road seems to be at the heart of the waterfront redevelopment and seems to have been consumed by construction, so there's no Street View. Although, the Panoramio image (thanks to ljfhit) shows the two major buildings which the sequence takes place between.

Initially they pass the Chinese People's Liberation Army Forces Hong Kong Building (foreground) and head towards the CITIC Tower (background), before heading back in the direction they came and crashing opposite the junction with Tim Wah Avenue. 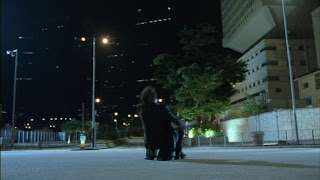 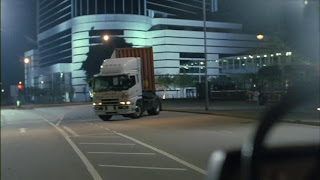 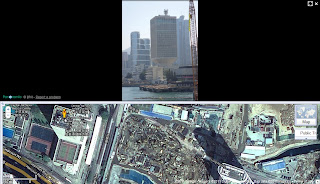 View on Google Maps
Posted by Daniel Thomas at 7:55 am

Email ThisBlogThis!Share to TwitterShare to FacebookShare to Pinterest
Labels: Admiralty, Dante Lam, Lung Wui Road, The Twins Effect, Tim Wah Avenue
Newer Post Older Post Home
Each spot is tagged by film, director, district and street(s). There's also an A-Z of films and a tag cloud below, as well as a place-mark for each location on a Google Map.