I originally noticed the tower over Richard Ng's shoulder, during the fight he and John Shum have with Dick Wei. I thought that I'd come back and look at the spot and see what it was at a later date, which happened when we started discussing Signal Hill Garden. This is somewhere I have never been to, despite having done some pretty extensive exploration of Tsim Sha Tsui. Although, it seems the hidden nature of the garden is part of its appeal, as Phil points out in this blog post. There isn't a Street View which shows the garden / tower, but this Panoramio pic shows it nicely (thanks to Clifandi Chan.) 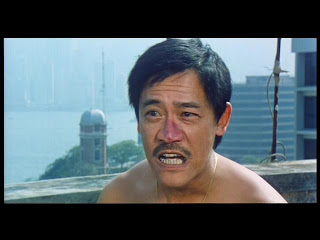 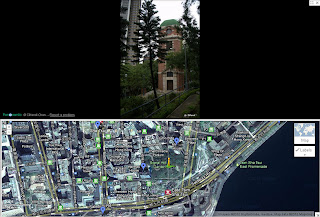 View on Google Maps
Posted by Daniel Thomas at 12:12 pm

Email ThisBlogThis!Share to TwitterShare to FacebookShare to Pinterest
Labels: Joe Cheung, Pom Pom, Tsim Sha Tsui
Newer Post Older Post Home
Each spot is tagged by film, director, district and street(s). There's also an A-Z of films and a tag cloud below, as well as a place-mark for each location on a Google Map.